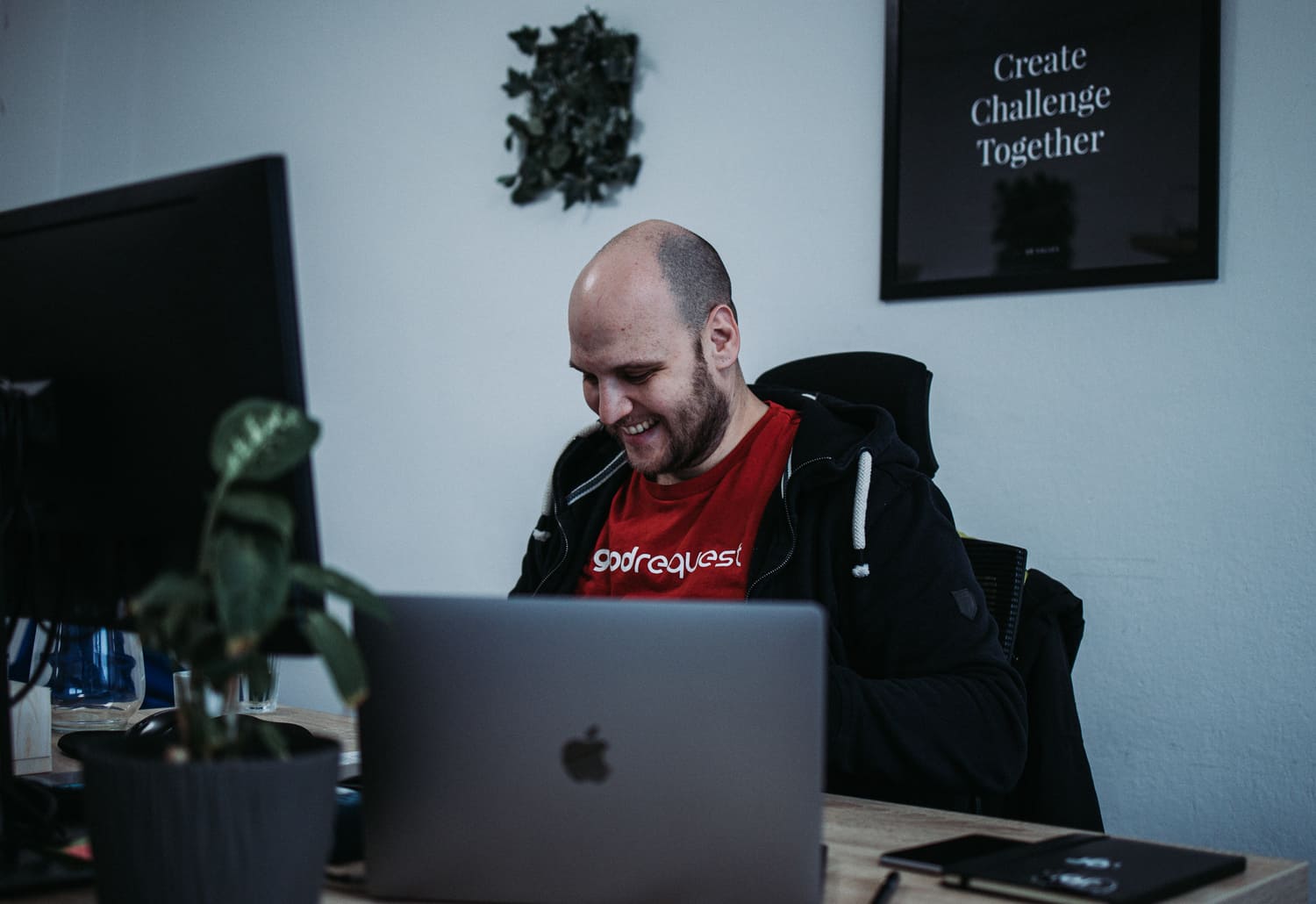 What you shouldn't forget after you're done with mobile app development

The IT and tech community is extremely important to us. We are close to it and as tech enthusiasts, we like to participate in it. As a speaker, I participated in Online Talks 💬 as part of the DSC initiative at the Faculty of Management and Informatics, where we have been the main partner for almost a year. Like most people in our .gr family, I've studied at FRI. As part of the talk, I shared the experience I gained (not only) during three years in GR on projects such as Tatra Bank, SFZ or GoPass.

When to start preparations for the release of the mobile application?

The life cycle of a mobile application begins with an idea that evolves into development, and then everyone expects the application to become popular and used. However, there is another part, behind it all, that goes between all phases from the beginning to the end and does not end even after a successful release on the market 🚀. For a mobile application to be successful, it is necessary to think about it from the beginning of development. It is advisable to create a checklist from the beginning, in which we will write down what you need to think about before and during the release, regardless of whether we are talking about a technical or marketing side, both of these parts are connected. It is also necessary to synchronize project management, marketing and other departments. If you forget about any of the departments, you can get feedback from them too late to incorporate into the release.

What should a checklist such as this include ?

What to do and what not to do with a release of the mobile app ?

Let's start with what not to do. ❌ I will provide a few examples.

Company A is trying to do a "grand announcement" -release of the application on the market, which will blow everyone off. Marketing didn't get the memo and they haven't seen or tried the app but they are working with a design of such app. (in a meantime this can change, so another mistake) They try to put big money 💸 into marketing, however, the expectations were underestimated and with a launch environment will not be able to cope with users, which will lead to dissatisfaction of the users and bad rating.

Company B "update once a year" - after launching the application, the company collects suggestions for a long time and after a year it includes all of them in the update, which means big changes that are not required. Especially because if a user receives an application with a large number of changes, he will perceive it as a new application and must therefore change the usual way of using the application. Changes are required, but must be initiated gradually.

An important part of the release is to prepare the application for the onslaught of users, secure the application 🔒 and prevent bugs from entering the application. Thanks to the tests, we are able to avoid big traps, which can have big consequences. When developing applications, it is advisable to use the following forms of tests:

MVP is a product that meets the requirements of the user, but not at the highest level. For these purposes, we use a prototype, where UX / UI designers prepare wireframes, and then they test with a sample of users. Thanks to this we get information on whether the application is properly assembled 📲, thanks to the prototype we can also find out that users behave differently than we expected, or expected something different from the application. Thanks to this, we can modify the mobile application and its functions before the development itself, which will save us a considerable part of the costs.

More in-depth article about UX & UI Design is in the making. Stay tuned 😉

You may have noticed that access to Beta release is also used by large companies such as Google and Facebook. It works on the principle that the user is informed whether he wants to be part of the Beta release, where he logs in, tests, gives feedback and over time this beta feature becomes part of a normal product. This method is the simplest and at the same time the best approach to make sure that the new feature is correct for users. Feedback is also important at a later stage and it is very valuable from each user as it provides additional input for your product owner.

Although I'm not a supporter of big campaigns, whether to do such a campaign is a question for the marketing department. The marketing department knows everything about the target group of the mobile application - their habits, behavior and what works on them. If you are going to do marketing, you need to get this information based on that you can choose the appropriate communication channels. Focusing on the target group is important. Even large companies underestimated the knowledge of their target group. Examples are Google Wave or Facebook Home products, which did not know their target group and therefore became big fails.

If you want know more about MVP, testing or listen to the discusion about it, go ahead and watch Online Talks #3 (SK only)

Are you interested in the development of the mobile apps? Have a look at our portfolio and don't hesitate to contact us.