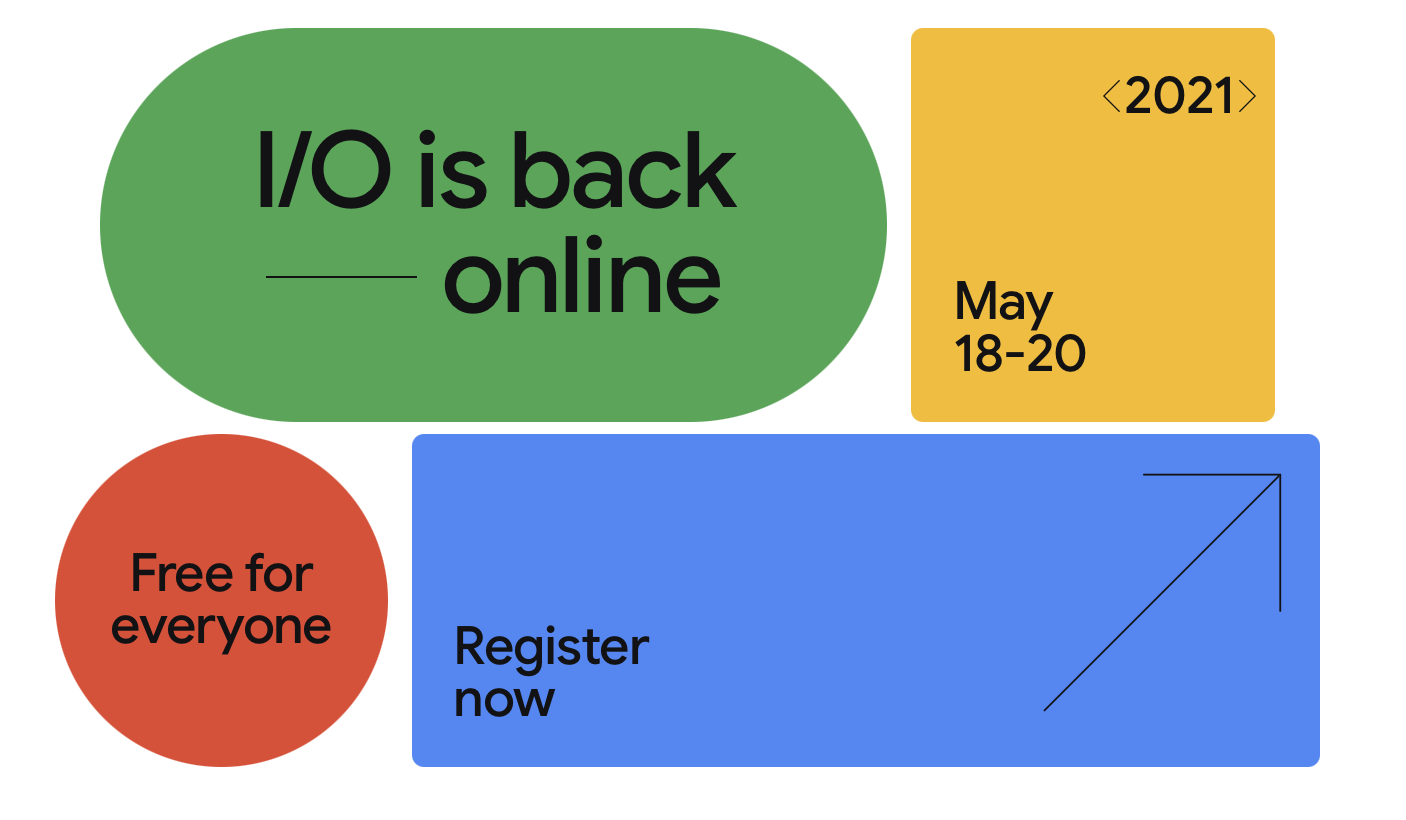 Google I/O: What to expect

Google I/O is an annual developer conference held by Google. "I/O" stands for input/output, as well as the slogan "Innovation in the Open". For this year, I/O is scheduled from May 18 to 20, virtual and free for everyone

In addition to informing and educating the developer about new features, I/O is a great opportunity for Google to present its new products to the world. Here’s preview of what we expect the company to show at conference.

Latest Android OS version is now in Developer Preview phase. We expect to launch beta of platform at I/O. The main difference between Developer Preview and Beta is that the latter can be safely installed by general public on their devices. We don't know what new features will Google show in Beta, we know they are working on some major UI changes and on the big theme engine update. Also, things like new settings menu, notifications changes, one-handed mode, improved picture in picture controls, new widget picker, some minor lockscreen changes or improved media controls are already present in Developer Previews so we can expect their improvements. We touched on more stuff new stuff in our blog about Android 12 developer preview.

These days, it's almost impossible to bring tech product to market without it getting leaked at least a little. Many rumors concern the presentation of various technological devices or gadgets like Pixel 5a which leaked recently. Leak suggest that the phone will launch on June 11, which makes the I/O event perfect time for revelation.

Many rumors are concerned that Google could introduce its first mobile processor this year, likely within the upcoming Google Pixel 6. With the code name "Whitechapel" it's expected to be collaboration between Google (providing designs) and Samsung (providing hardware).

Pixel Buds acted as first entry into wireless earbuds space for Google after launch in 2020. Some rumors suggest that Google could launch a cheaper variant of earphones named Google Pixel Buds A.

There is no doubt that in addition to the above, Google will announce many other news maybe like smart home products, updates on Stadia, updates on Wear OS and more.

Every year, many of keynotes, workshops, AMA sessions and more take place at the conference. Their goal is to educate developers who work with Google technologies, explain to them how it works, persuade them to start using it. We chose those that we think could be very beneficial, for us.

State of Kotlin on Android